To inspire visually impaired people to be more decisive and active in life and to do it in an unusual way.

Many blind people are not well-adapted to life in a society. For them moving around the city is very uncomfortable, people do not pay any attention to them – and these are only few of the reasons why the visually impaired do not want to have an active position in a society and act more boldly.

We have created a gallery of unusual street-art objects called “Braille-art” that consists of three objects combining visual symbols and text written in Braille. Each of the objects tells a story about achievements of different blind people successful in their respective fields despite their disability: Mikhail Pozhidaev, who came up with an operating system for the visually impaired after losing his sight, Ray Charles with his 17 Grammies, and Marla Runyan who beat the record for running 5000-metre distance. Text written in Braille on each graffiti tells the readers to believe in themselves and to discover their potential with the help of specialist from NGO “Belaya Trost” – an organization that helps people with disabilities adapt to a life in our society. After citizens first learn about the first ever street art for the blind, they got an opportunity to create Braille-art objects themselves using sticker packs. There were stickers with letters written in Braille and their translations in Cyrillic. This way people who can see could create tags for the blind – they just needed to choose the correct combination of letters and stick them to any surface in the city. Visually impaired people could also decorate the city with their messages and contribute to street art of Yekaterinburg. 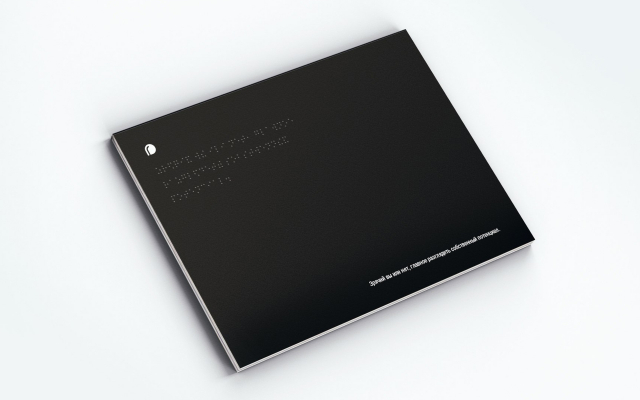 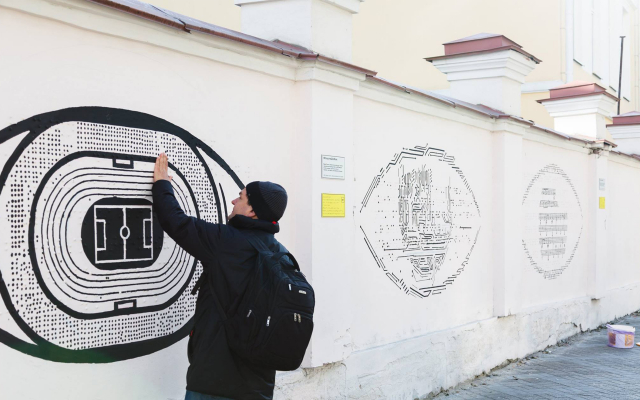 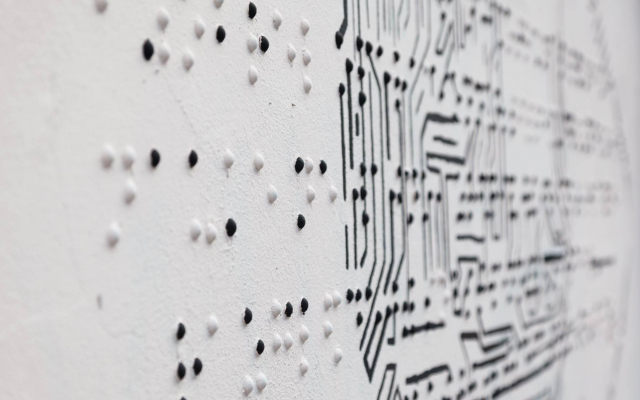 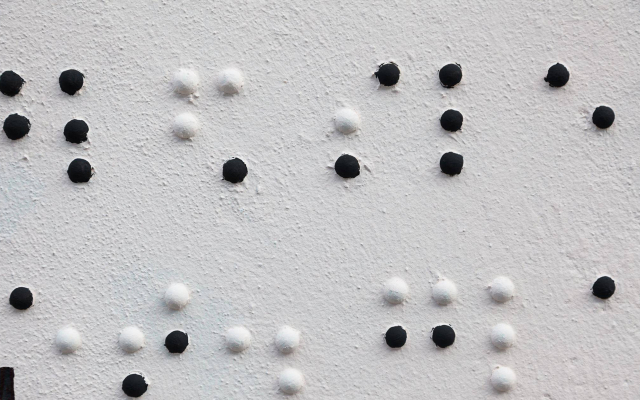 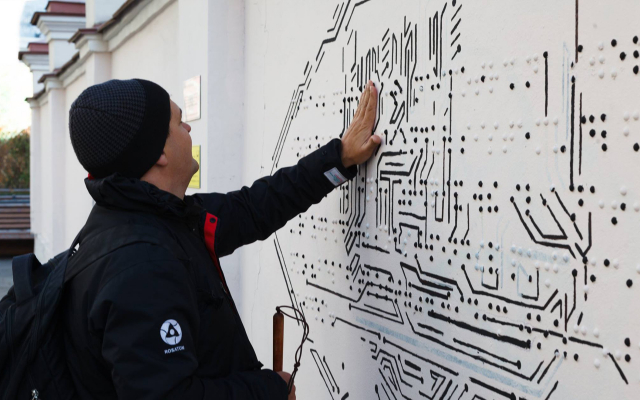 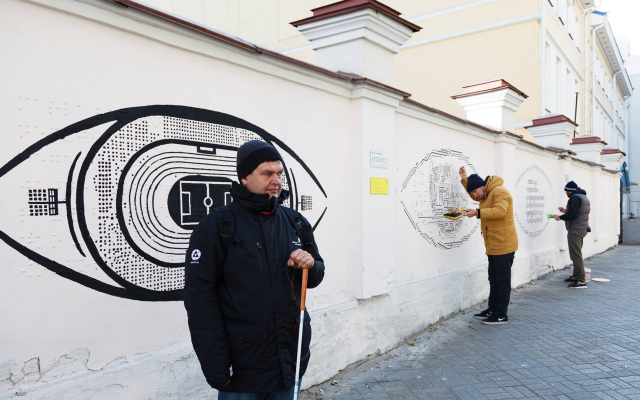 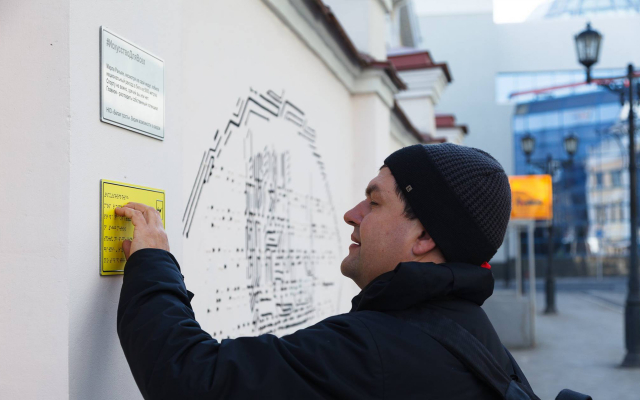 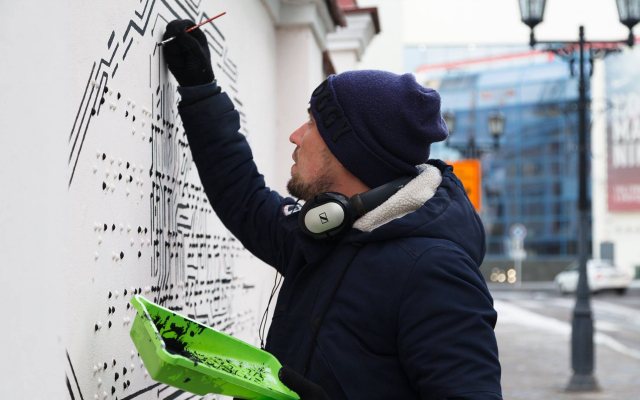 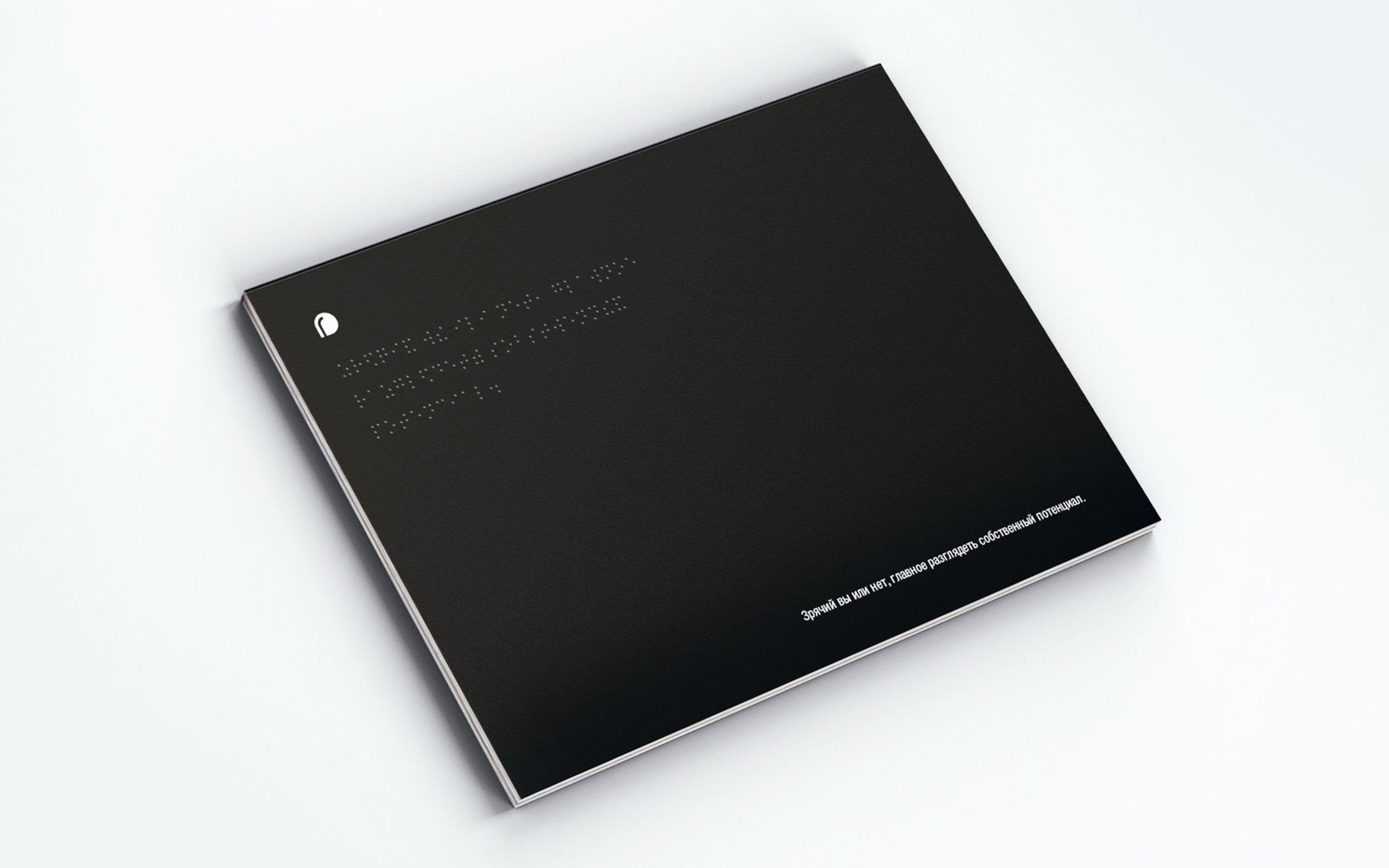 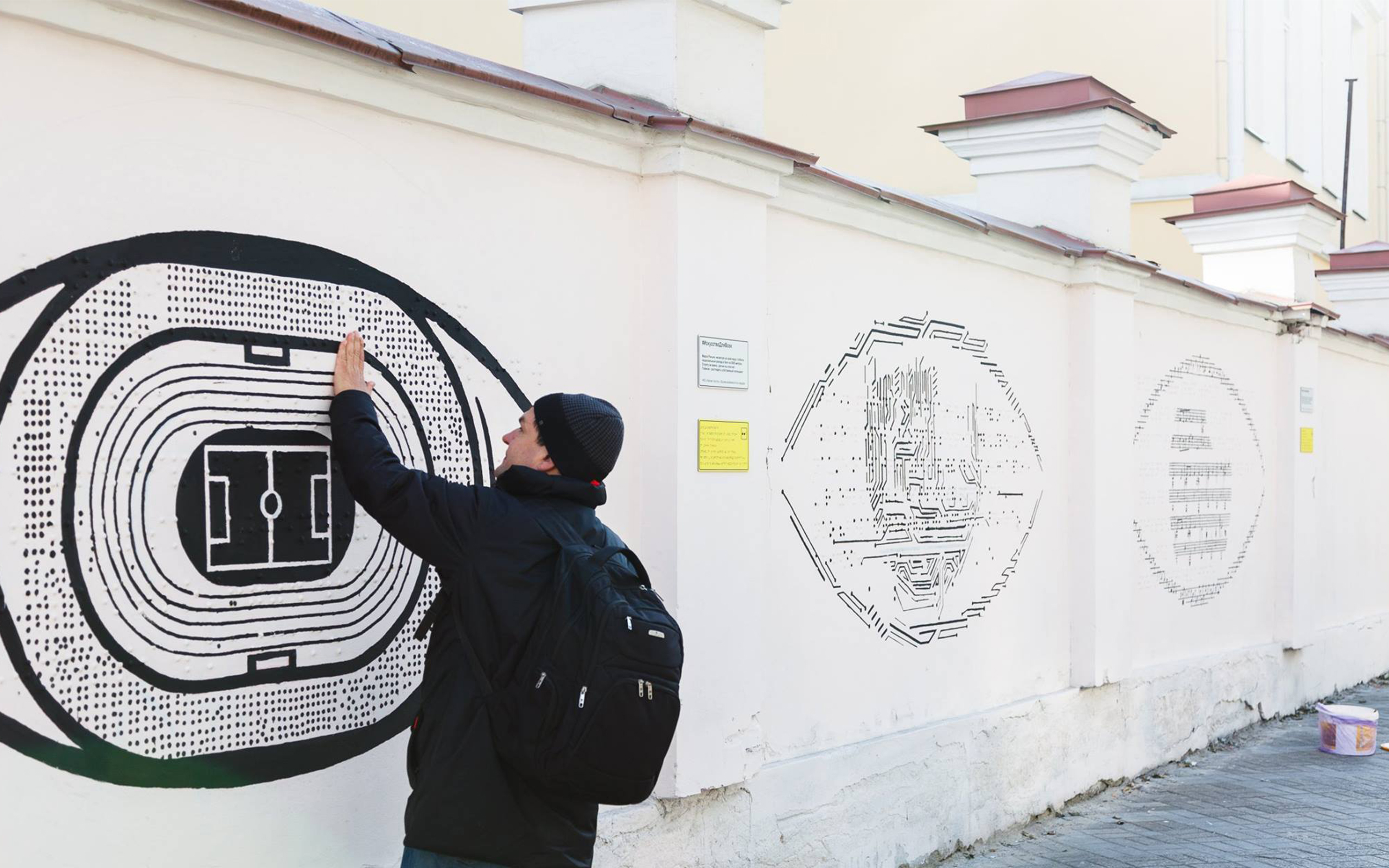 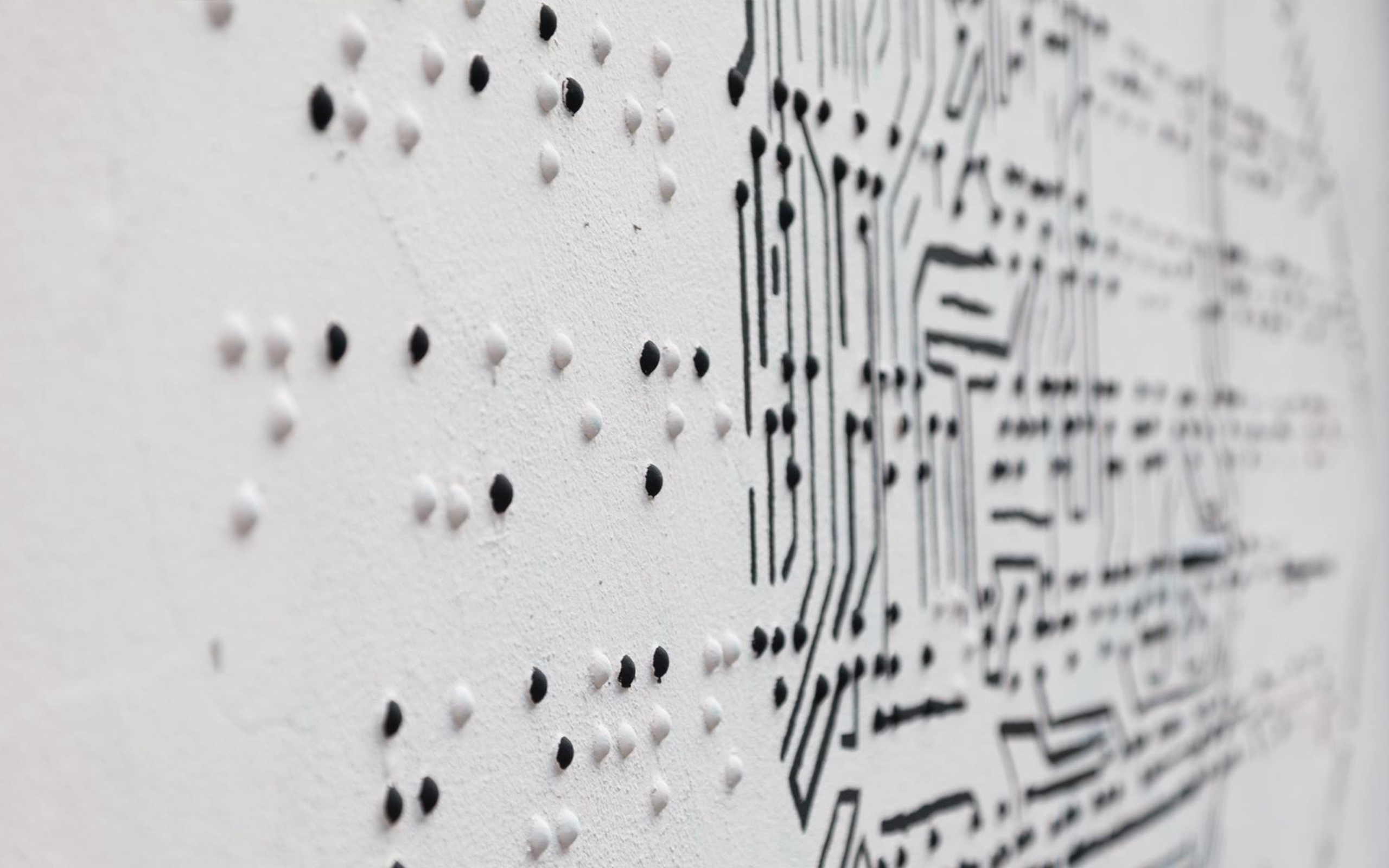 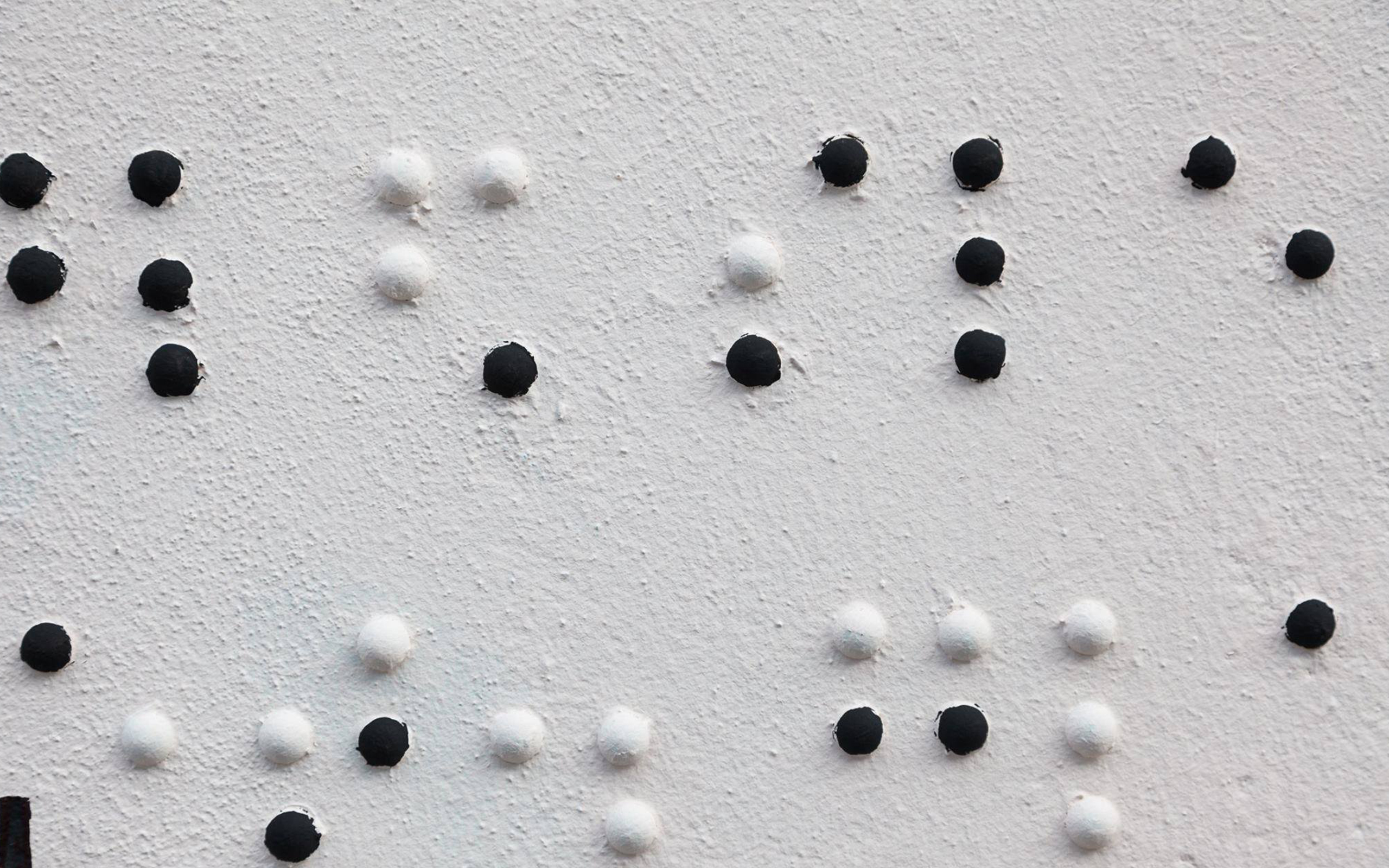 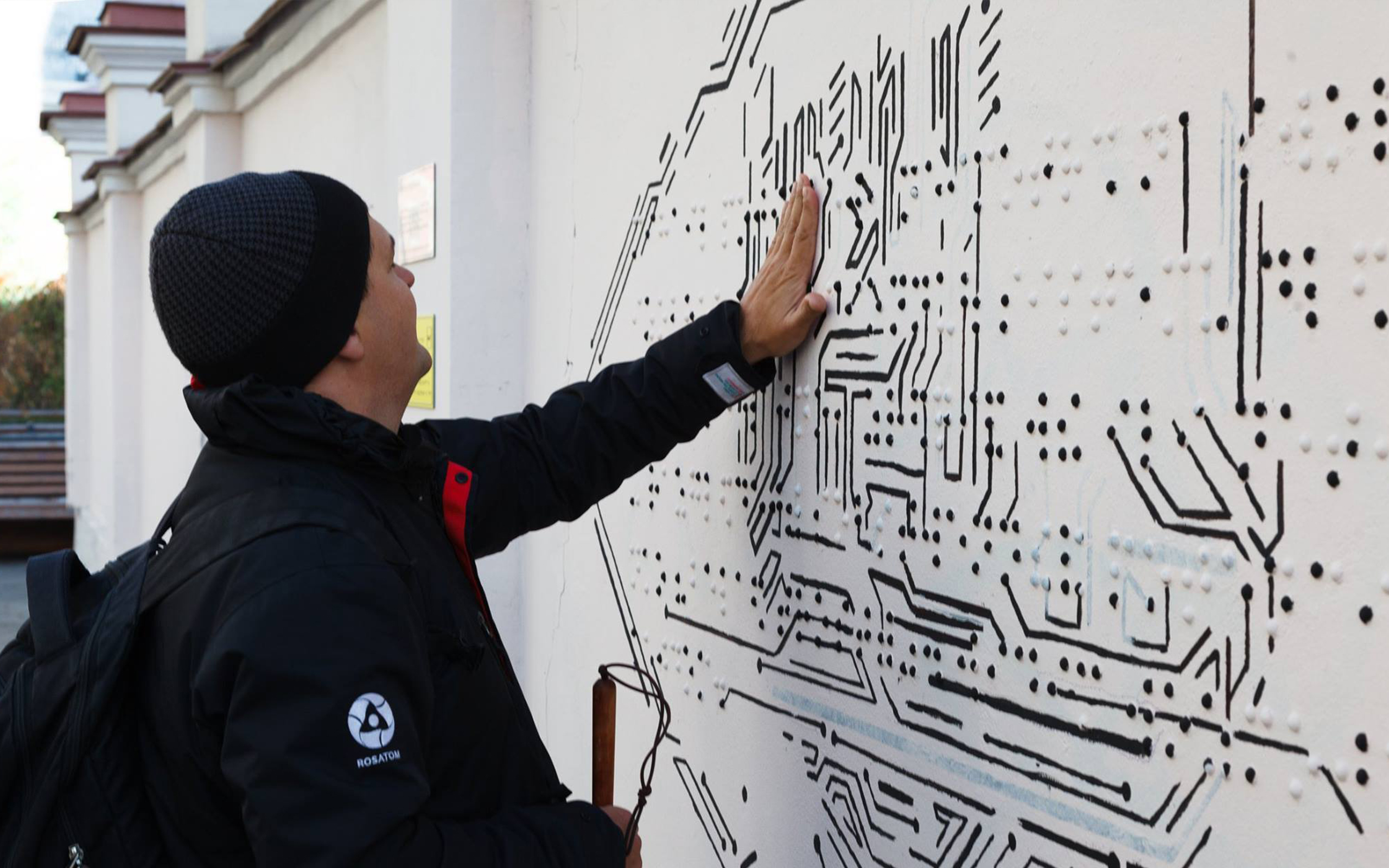 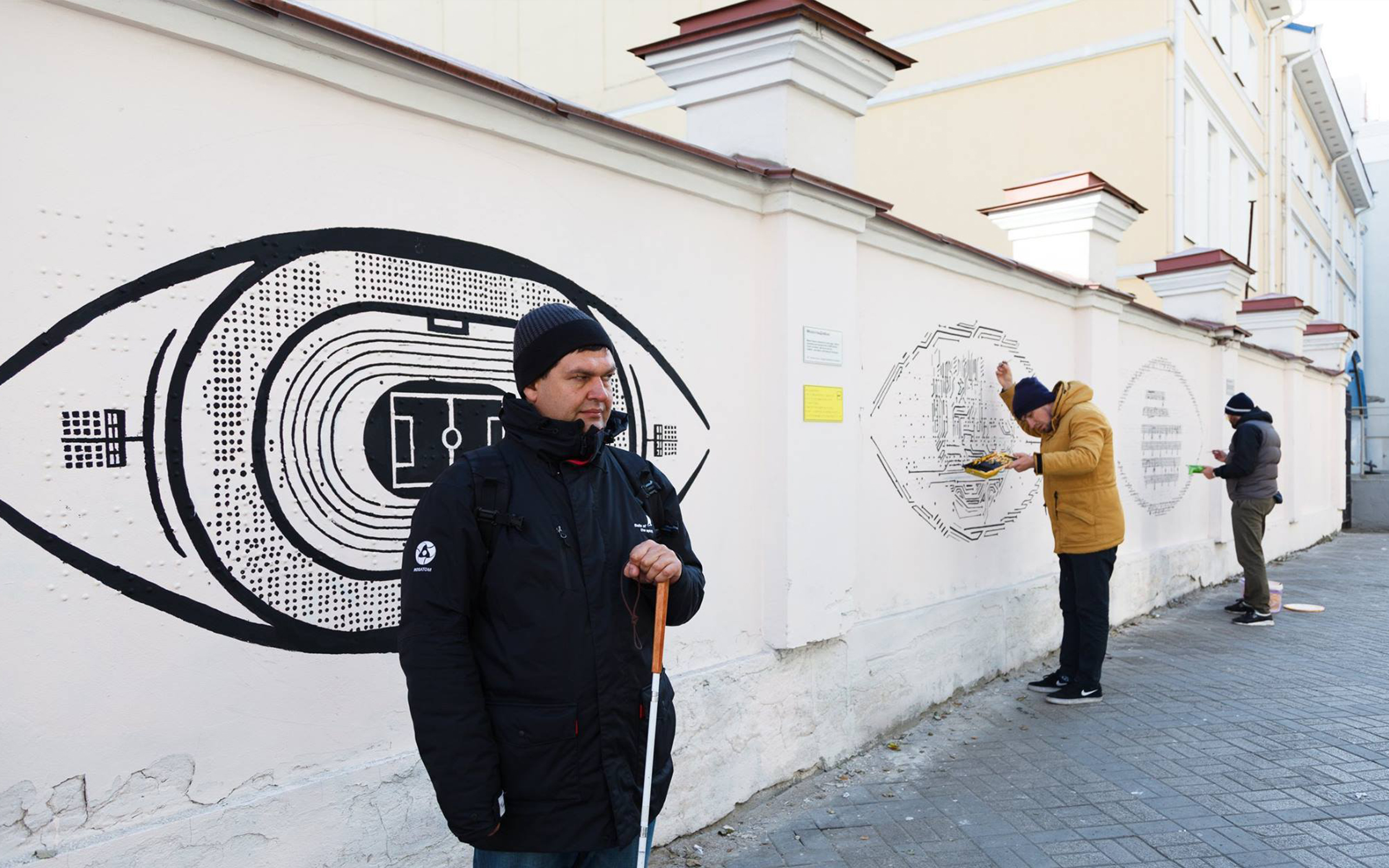 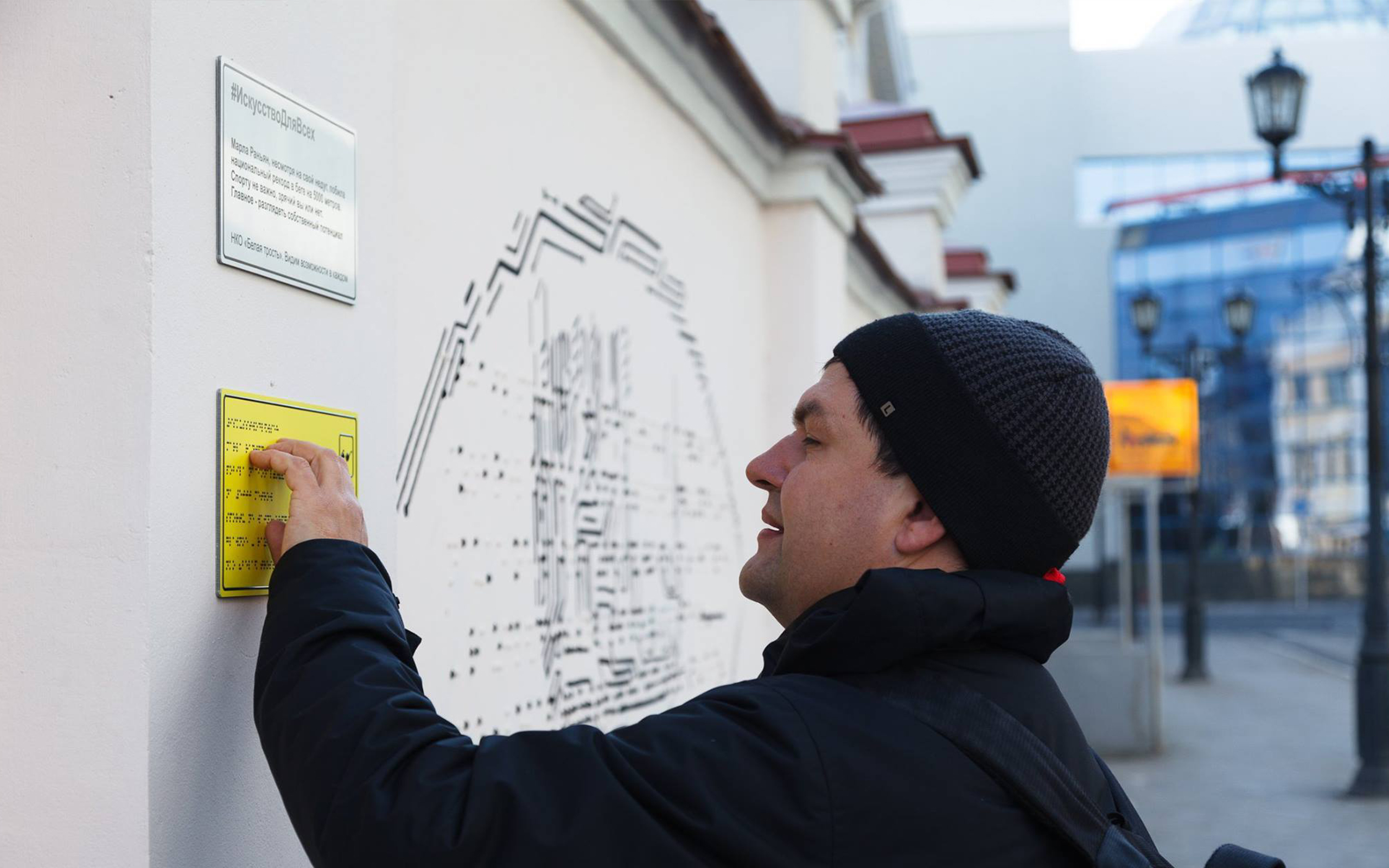 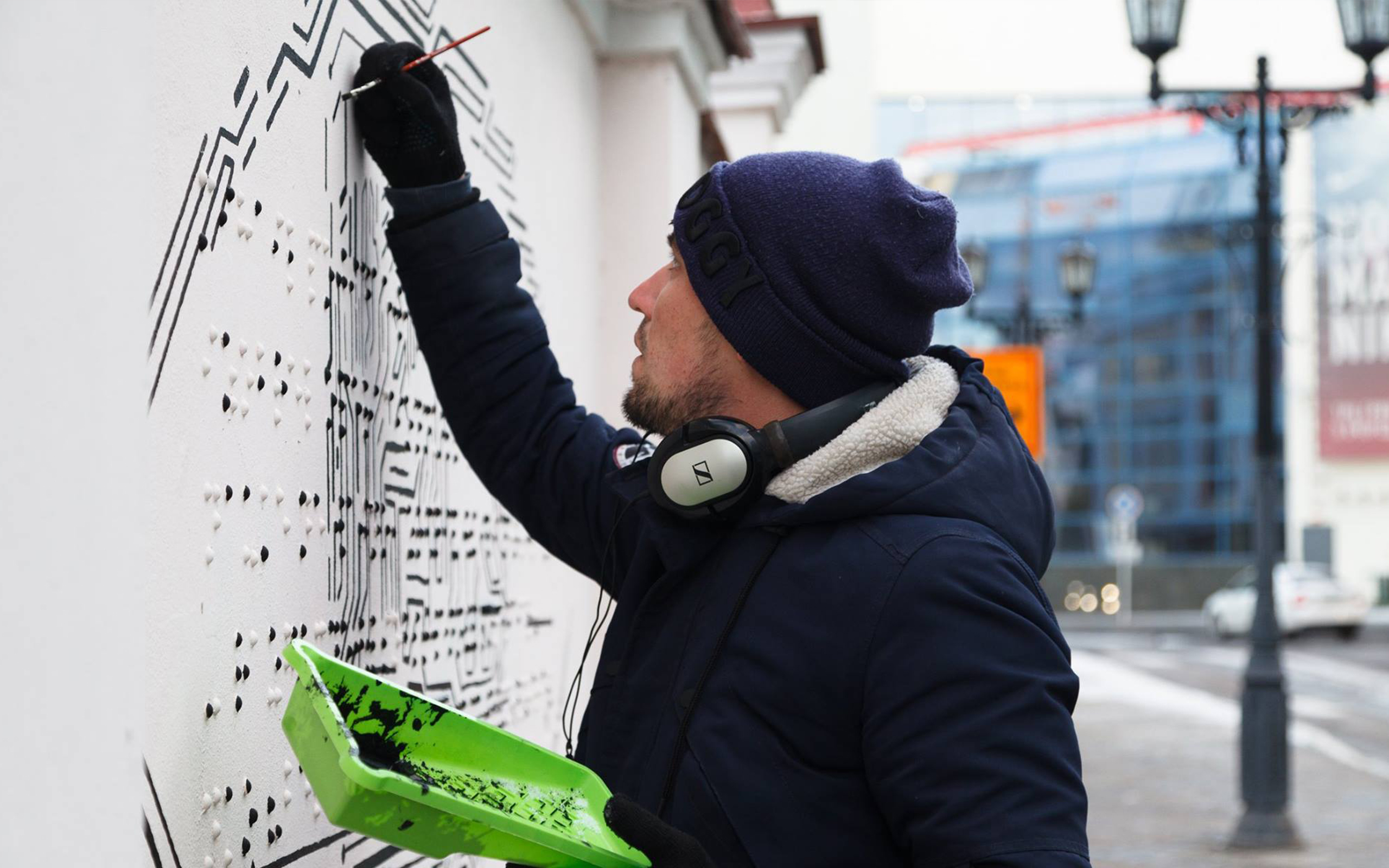